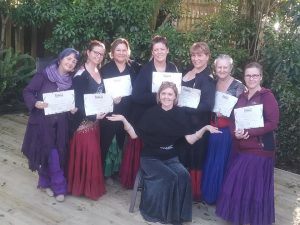 My main focus since graduating from Oxford University in 1985 had been training and practising as a McTimoney Chiropractor in the UK. I worked as a sole trader in my own successful clinic in Lancashire from 1989 to 2003 and established a patient base of around 400, treating an average of 40 people per week. I have experience of business management and of being an employer. I have also developed other skills: teaching dance since 1990, and in 2002 I qualified as a scuba diving instructor both with the British Sub-Aqua Club and the Professional Association of Diving Instructors.

I moved to New Zealand in 2003 and have set up a succesful business as a McTimoney & CranioSacral Therapist in Whitianga, as well as  teaching Gypsy Caravan Tribal Bellydance up to intermediate level.   I have taken part in whale rescues, having trained as a marine mammal medic and enjoy community activities such as clowning. I lead a busy life and thrive on challenges, while remaining calm and centred with the help of daily transcendental meditation.   I continue with further training as I feel it is important to carry on learning and  developing in life.

1989. MA in Mathematics from Oxford University

1990. Member of the McTimoney Chiropractic Association

2000 Diploma from the Academy of On-Site Massage

I have many other qualifications in boat handling, first aid, nitrox, oxygen administration, marine radio etc which I can provide more details of on request.

Driving licence: Full UK and NZ for car and motorbike.

This site is still under construction and probably always will be as the universe is in a constant state of change!